The modernisation of rules will impact our Local Rules. Local Rules are always read in conjunction with the Rules of Golf, so most of the changes that you will see will be the adoption of new terms and definitions from the 2019 Rules. Some rules, such as plugged balls and balls accidentally moved on the green are now incorporated in the 2019 Rules and have been removed from the Local Rules.

The majority of the Local Rules will not change, with one major exception; we have included a new local rule for Lost Ball or Ball Out of Bounds

New Local Rule for Lost Ball or Ball Out of Bounds

The R&A has allowed the Committee to provide an extra relief option that allows a player to play on without returning to the location of the previous stroke. The aim is to speed up play and reduce the delay caused when a player returns to replay their shot.

Some important things to note:-

How to Identify the Relief Area 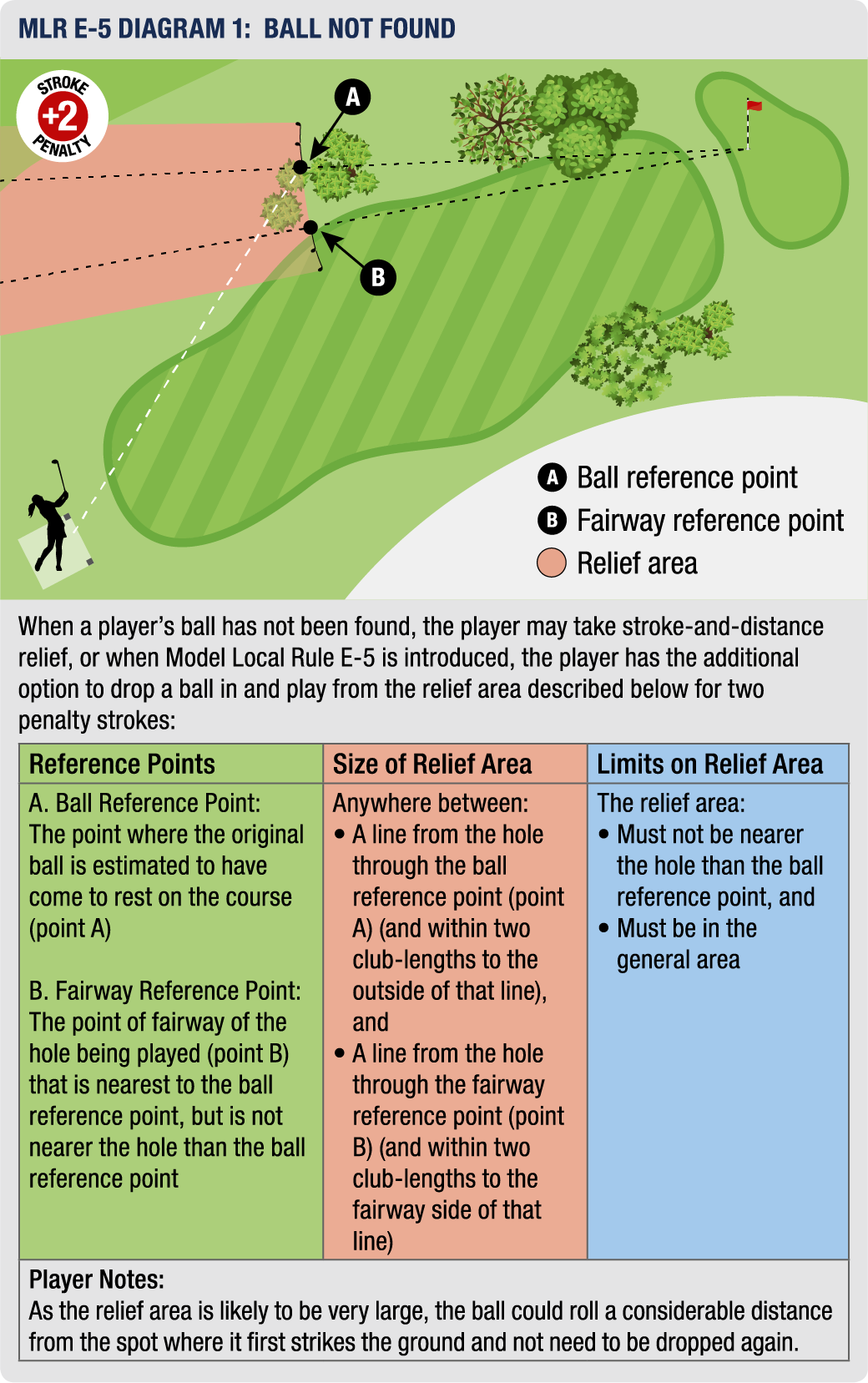 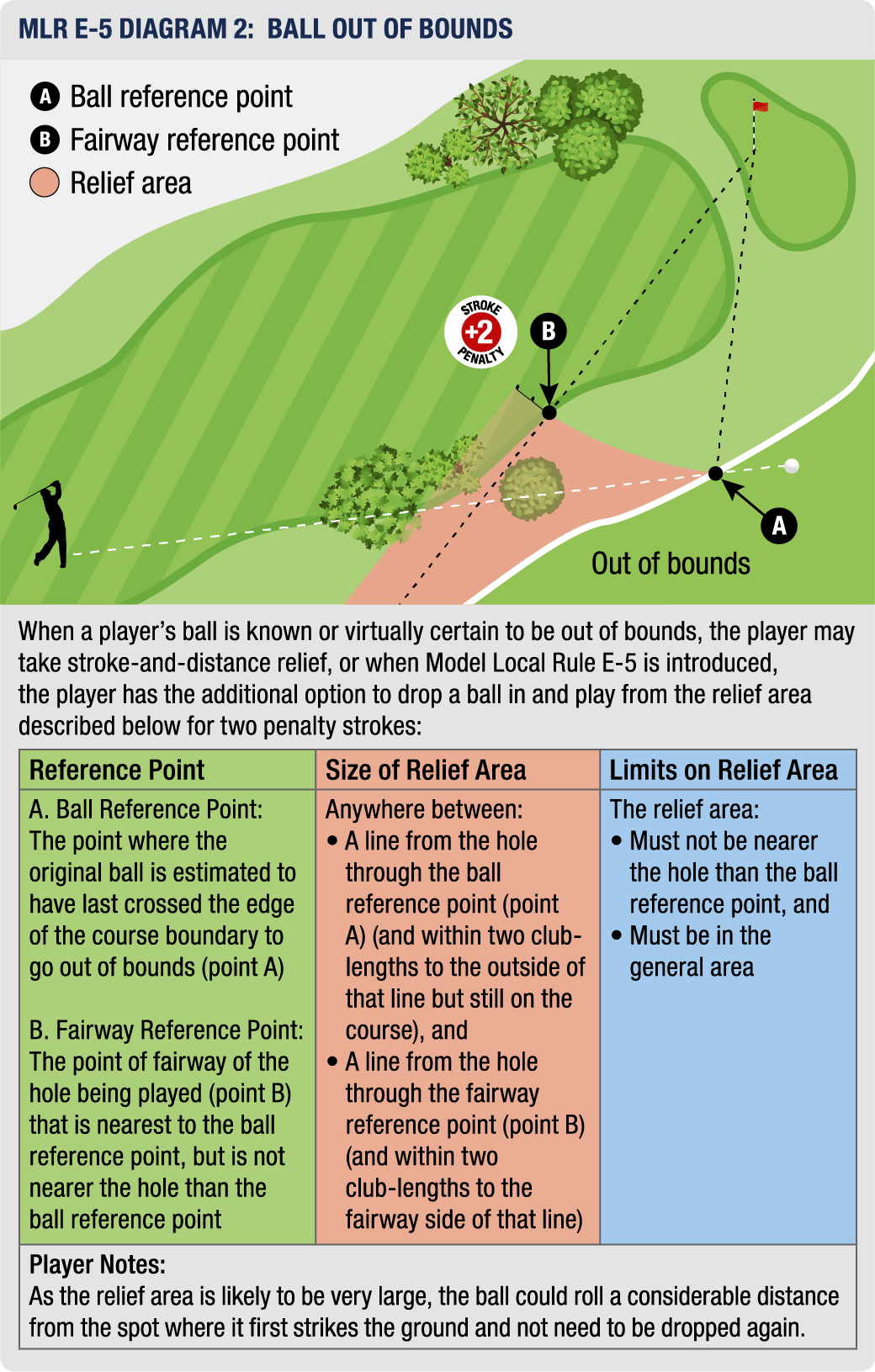 No Events
Go to Top